David
Back in November 2008 a roading consultancy proposed 'Staged Pedestrian Crossings' as a way to improve the way pedestrians cross streets. The aim was to perceived issues with single crossings: -

This shows a laudable attention to safety. But a poor implementation will cause problems.

Viastrada's Staged Pedestrian Crossings describes a whereby pedestrians cross to a central 'refuge' and then in a second phase cross to the opposite side.

Unfortunately poorly implemented staged pedestrian crossings feel unsafe to pedestrians, a central refuge with no protection exposes children, the disabled, and the elderly to vehicle fumes, and the scary prospect of being surrounded by cars moving at speed.

But there is a bigger problem - an unsafe, dangerous, failure mode that does not occur in a single crossing signal. U-Turns

When crossing from the refuge to the opposite side of the street, the lane behind the pedestrians has a turn right green signal. This appears to not conflict with the pedestrians - and thus the touted safety and efficiency. 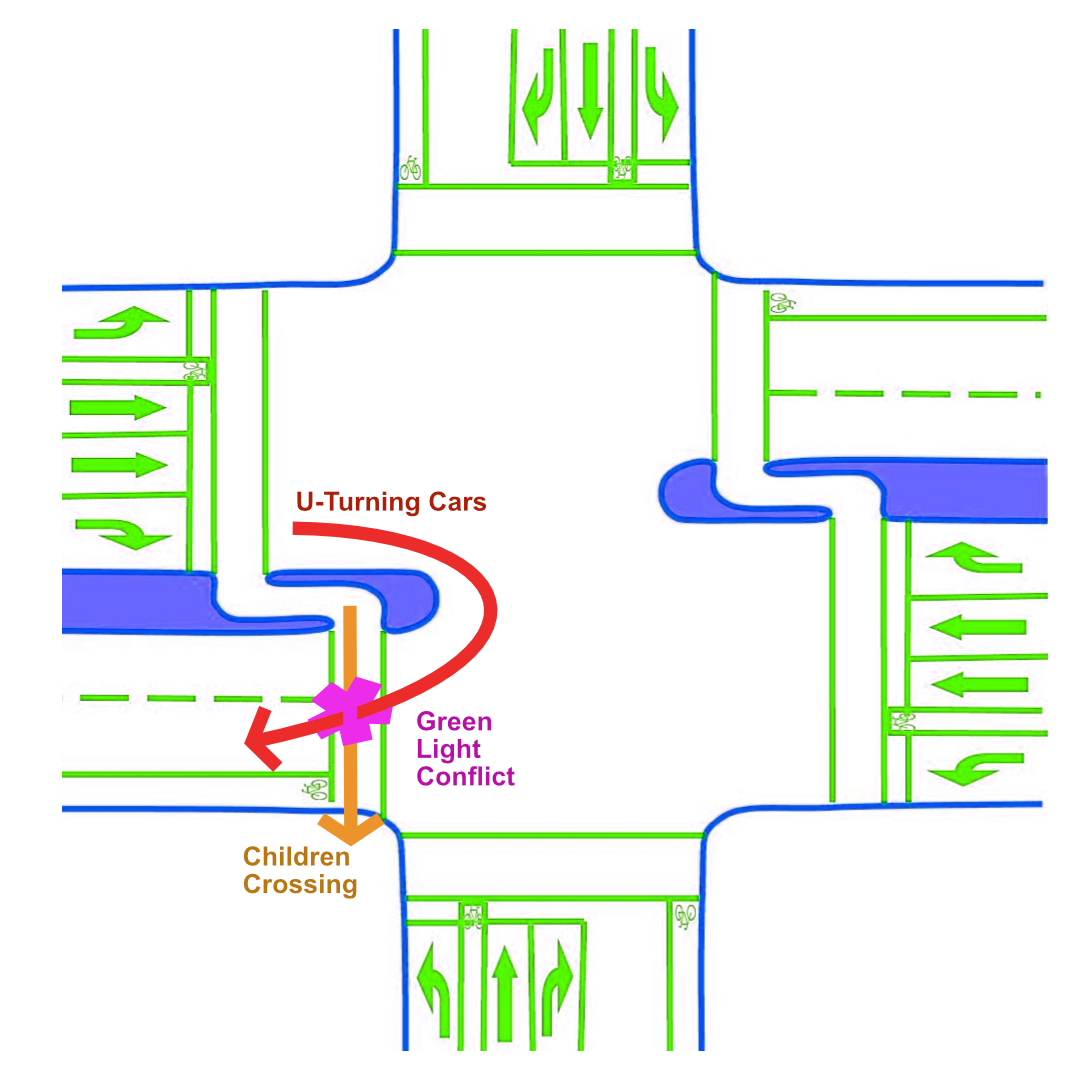 But with a right turn arrow it appears to give cars wanting to U-Turn the right to do so - and turn they do - right into pedestrians. This is especially scary when the cars come from behind pedestrians and screech to a stop. The masthead photo shows the circumstance I experienced - so I photographed it. I've obscured the plate because the driver is doing nothing wrong... this is an entirely legal but very unsafe manoeuvre. It should be prevented.

Either single crossings for pedestrians should be retained - or U-Turns banned. The road layout should also be revised to make the U-Turn at the pedestrian crossing less possible - extending the centre island, and signage. And as there is a desire or need to do U-Turns they should be enabled at a part of the median where there is no conflict with pedestrians. This is the case on Moorhouse Avenue and Blenheim Road.

I've experienced this U-Turn conflict multiple times, as has my son, and in the photographed instance two cars were doing it.